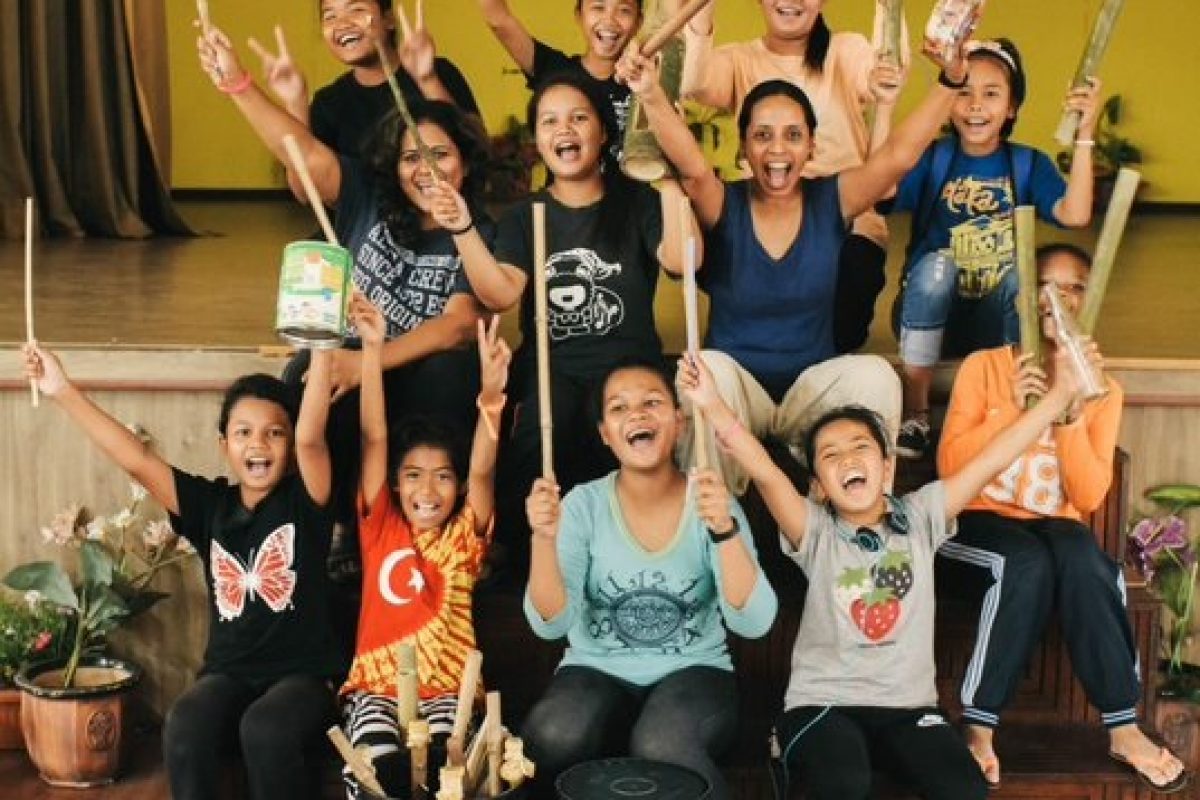 By Thanabalasingam Balakrishnan
At GoodKids Malaysia, every child has the potential of being quite literally a good kid. The methodology adopted by this social enterprise of infusing performing arts and counselling to build self-confidence and social skills among youths at risk is a testament to its slogan “beat the norm” which is commonly featured on their merchandise.
One of the major activities conducted at GoodKids is its unique 20 weekly classes of recycled percussion, music instrument making, stomping and acting to build self-confidence and engage students in a process of self-discovery. Some of these students go on to participate in the GoodKids League held yearly.

In 2018, 100 students who trained under GoodKids competed and showcased their self-made percussive instruments, drumming, stomping and acting talent at Monash University, Malaysia attended by an overwhelming audience of more than 200 people.
In addition, students are also taught social responsibility and encouraged to engage workshops, called, GoodKids Workshops, that aim to cultivate a culture of giving back such as guiding their peers and resolving an existing problem in their community.
In its 2017 Impact Report, which records data of student improvement after joining their programmes, there was an increase in the retention rate among students from 70% in 2016 to 82% in 2017. Based on student interviews after the GoodKids League 2017, it is interesting to note that 85 students felt more confident while 67 students learnt teamwork.
Overall, 85% of students felt an improvement in terms of their self-esteem after completing the GoodKids programme.

Being Good Samaritans run in the family
The key figures who are the driving force behind GoodKids are a trio comprising a father-daughter duo and niece.
Balasubramaniam Somasundram is a counselling psychologist with extensive experience of over 30 years of working with marginalised youths and the special needs communities. He provides counseling to the students who are more vulnerable and acts as an advisor for the other GoodKids team members.
Following in her father’s footsteps and having been exposed to community work in her teenage years, Naaraayini Balasubramaniam, a singer and musician who holds a diploma in both psychology and music, teaches performing arts to the students and develops content for training modules.
Koggelavani Muniandy, the niece of Balasubramaniam, an engineer by qualification decided to quit her professional career to pursue her passion for teaching and volunteer works with her uncle. She is involved in conducting classes which includes soft skills for at-risk youths.
Since its inception in 2015, the social enterprise has now grown in the number of trainers and volunteers to conduct its programmes. Maureen, a trainer who coached students for the GoodKids League 2017, conceded that the methodology adopted is “a pioneering new way in giving teenagers practical life skills which they would otherwise not be exposed to”.
Another trainer, Priyangka, exclaimed that “at GoodKids, you learn more than you teach”, indicating that volunteer work at the enterprise is equally an engaging and enlightening experience for the trainers and volunteers.
As a social enterprise, Goodkids Malaysia generates revenue through other initiatives such as corporate training in collaboration with partner organisations such as the Make It Right Movement (MIRM) and through sale of its merchandise on their website, namely t-shirts bearing their hashtag #iamagoodkid and the slogan “Beat the Norm”.
If you are interested in being part of a transformational journey as a volunteer or trainer, log on to http://goodkids.com.my/ or write to them at contact@goodkids.com.my.