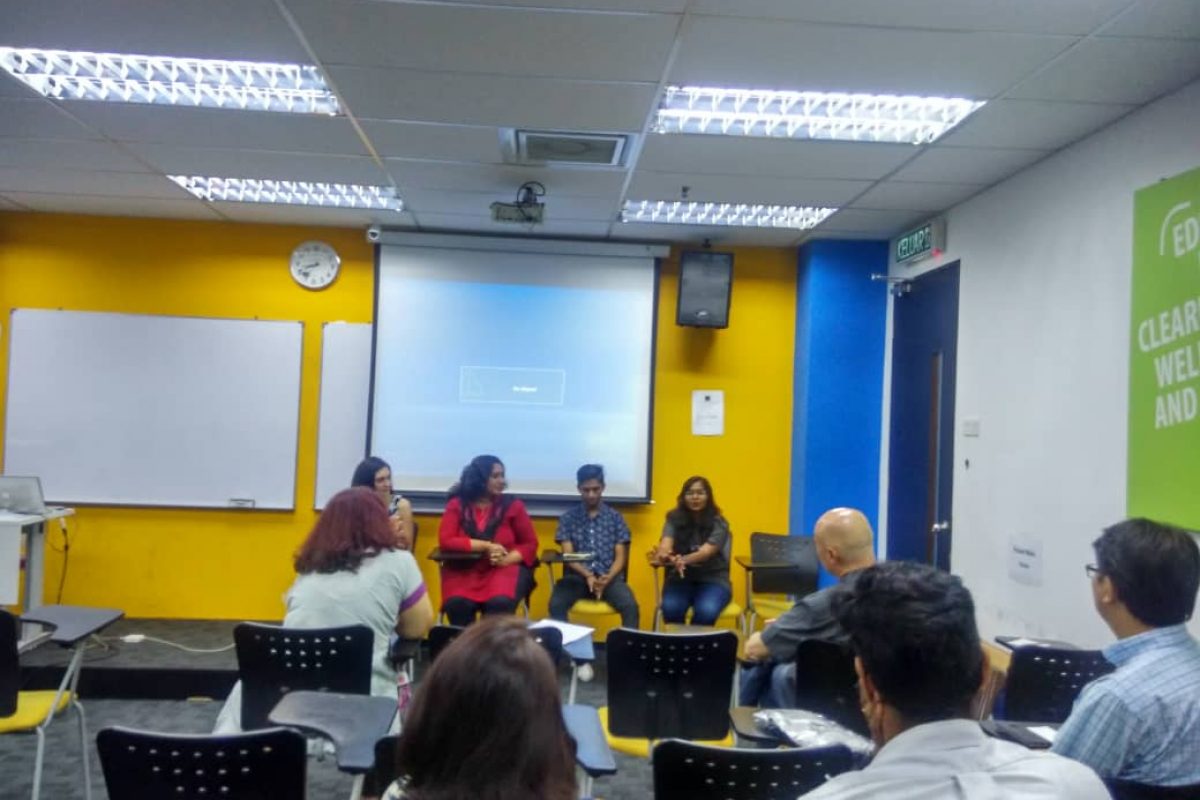 GoodKids brought in a series of short documentary from The Theatre Lab, Washington DC which is a collaboration with American Councils under the Young Southeast Asian Leaders Initiative (YSEALI) program. The first series was carried out on the 28th of May 2018 at Brickfields Asia College, PJ Campus.
This brief documentary screening entailed on the Life Stories program that is being conducted by the Theatre Lab for the marginalized community in Washington DC. It was presented by Terah Herman, a certified Life Stories trainer. Terah started the session by conducting a Life Stories activity for the 51 individuals who attended, followed by a brief introduction on Life Stories prior to the screening.
Subsequently, Koggelavani, the co-founder of GoodKids then gave a talk on the impact that GoodKids had created using the performing arts among youth and how they would continue with their good work with the continuous support of like-minded organisations working together.
There was also a panel session where questions emphasizing on the benefits of performing arts for the community and youth as a whole which was moderated by Naaraayini. The panelist were made up of veteran teachers of the performing arts field being Lam Ghooi Ket, Suzanna, Lavanya, Terah Herman,  and some of GoodKids students being Shivaani, Sagunthala and Ramana.
GoodKids managed to raise RM500 from sales of their merchandises like T-shirt and GoodKids League 2018 ticket pledged on that evening.
The venue was sponsored by the Make It Right Movement.
GoodKids is a Non-Governmental Organisation that uses performing arts as a tool to cultivate learning desire in youth such as the development of self-esteem and confidence. They believe that every youth is a good kid, waiting to discover their strengths.