#MalaysiaMembaca And World Book Day – When, Why and Where 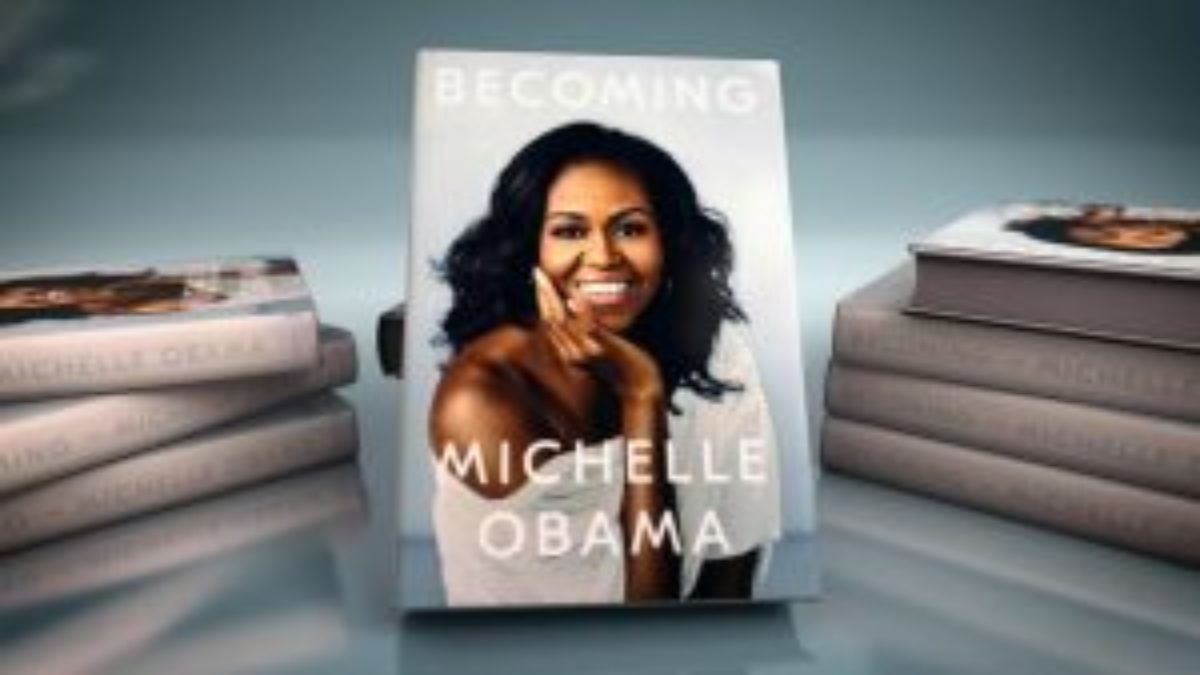 World Book Day also known as World Book and Copyright Day is celebrated in many parts of the world every year on the 23rd of April. The first World Book Day was celebrated on 23 April 1995 subsequent to the United Nations Educational, Scientific and Cultural Organization (UNESCO) General Conference held in Paris, which declared the 23rd of April as the World Book and Copyright Day. However, in United Kingdom, this annual event is celebrated on the 7th of March to avoid clashing with Easter school holidays.
Symbolic date in the world of literature
23 April is significant as it is the date on which several famous authors, namely, William Shakespeare, Miguel Cervantes and Inca Garcilaso de la Vega all died and was decided by UNESCO as a befitting date to pay tribute to prominent authors throughout history.
Purpose
According to UNESCO, the purpose of the occasion is to “recognise the scope of books as a link between the past and the future, a bridge between generations and across culture”. In other words, it is a day to promote a love for books and reading habits as well as access to books. The theme for this year is to raise awareness on the importance of enhancing and protecting Indigenous languages “to reaffirm the commitment of the international community in supporting indigenous people to preserve their cultures, knowledge and rights”, said Audrey Azoulay, Director General of UNESCO in her 2019 message in conjunction with the World Book and Copyright Day.
World Book Capital 2020
Every year, UNESCO and international organisations representing the three major segments of the book industry – publishers, booksellers and libraries, select the World Book Capital for a year to maintain, through its own initiatives, the celebration of books and reading. An interesting fact and one which makes us Malaysians beam with pride – Kuala Lumpur, Malaysia has been named by UNESCO as World Book Capital 2020! As reported in Borneo Post online, Audrey Azoulay stated that KL was selected for its “strong focus on inclusive education, development of a knowledge-based society, and accessibility to reading for all parts of the city’s population via programmes such as ‘KL Baca! Caring Through Reading’ ”.
GOOD READS AT GOODNEWS!
It is our believe 2019 is a year when books – just like the rest of us – did a pretty good job of keeping up with times and for that we would like to recommend our picks in conjunction with #MalaysiaMembaca.

Copyright: Penguin Random House
As sourced in Former First Lady Michelle Obama’s memoir, Becoming is a work of mesmerizing storytelling and deep reflection as she invites readers into her world, narrating the experiences that have shaped her life from childhood to her years as a lawyer, balancing motherhood, and her time spent at the White House – the world’s most famous address. With lovely wit, and unerring rectitude, Michelle describes her disappointments’ and triumph, both private and public, telling her story as she has lived it – on her own terms in her own words. This 400 page book, “Becoming”, is the first in a two-book deal between the Former US First Lady and Penguin Random House that  reportedly paid a whopping US$60million for the deal, a record for US presidential memoirs and its’ also no wonder the publishers reported the book is to become the most popular autobiography to date!

Copyright: Faceberry Publications Sdn Bhd
“NO one can look down on you unless you allow them to, don’t give them this right!” These words extracted from Rachel Siew as she shares her story via her first book entitled Little Book, Big Secrets – How to blend in when you were born to stand out. To you it may not sound out of this world, but it resonates with us. Even more so, since it comes from a woman who, just like any other woman tries to lead a normal life, except that she suffers from Mucopolysaccharidoses type IVA or Morquio Syndrome for short. It’s a rare degenerative condition that affects her physically but, fortunately, not intellectually.
Despite her struggles, Rachel has found a way to help herself as well as to inspire others in need. “There are 3 points which reinforces my principles in this book which is; to Inspire, to motivate and to empower. It is my hope to motivate and encourage other families in somewhat similar situation as me. This may seem like a very difficult and winding journey ahead but we can still make a difference in our lives, said Rachel.  “Little Book, Big Secrets – How to blend in when you were born to stand out” is priced at RM40.00. To make your purchase, connect with Rachel Siew via her social media accounts – Rachel Siew Suet Li Trust Fund Facebook and Instagram pages.

Copyright: Myrmidon Books
Penang-born Tan Twan Eng worked as an intellectual property lawyer before becoming a full-time writer. He is author of two novels, The Gift of Rain (2007), longlisted for the 2007 Man Booker Prize for Fiction which has been translated into Italian, Spanish, Greek, Romanian, Czech and Serbian. Dividing his time between Kuala Lumpur and Cape Town, his second novel, The Garden of Evening Mists, is set in Malaya in 1949, following Arimoto, an exiled former gardener of the Emperor of Japan and Yun Ling, a lone survivor of a Japanese wartime camp. Upon completion of her law degree in Cambridge and prosecuting Japanese war criminals, Yun Ling returns to Northern Malaya where she grew up. There she finds a Japanese garden owned and created by Arimoto. In spite of animosity towards the Japanese, she still seeks Arimoto’s help in creating a garden in memory of her sister’s death. Arimoto accepts her as his apprentice so she can create the garden on her own. The Garden of Evening Mists has won the Man Asian Literary Prize and Walter Scott Prize. Definitely worth a read!
Copyright: Faceberry Publications Sdn Bhd
Through his many experiences and travels, Zhariff, 37, has experienced countless instances of true beauty in humanity. Yet something still nagged at him – it was clear that there was still contention to be combated. If some of us, at times, seemed too set in our ways with our minds made up, then the only way to address this is to share ones experiences with another.
So, through the belief that humanity can always be positively inspired, Zhariff wrote SOS: Surfing out Stuff – A Book of Growth & Guidance. SOS embodies the goodness filled with substance and realness of a man who has steadily defied expectations – and whose story will inspire us to do the same. In many ways, this book is testament to him finally being able to let his life just be. Readers will be able to pick up useful tools and knowledge of the inner-self, ikigai, self-actualization, visualization and such with inspiring stories that will move you to the core. The knowledge, understanding and perspective gained through reading this book will inspire you to start believing in yourself, to gravitate towards love and seek more of the vastness that exists. So, if you are stuck in a rut and think you can’t change, Zhariff encourages you to think again because you would be amazed by what you can actually do! “SOS: Surfing out Stuff – A book of Growth & Guidance” is on sale now at all major bookstores in Malaysia for only RM39.90.  For more inquiries, connect with Zhariff via his Facebook and Instagram accounts.

Copyright: Faceberry Publications Sdn Bhd
What is it about putting words on paper that heals you one word a time? Evidently, Sarjeen Thiagendran did just that. Having started out with simple stick figure drawings, a Cancer survivor, Sarjeen embodies courage, determination, sacrifice and strength. In spite of having an incredibly challenging life, he was able to come up with ideas for his book based on his own life experiences. His first novel, Sacred Creed: Cold as Ice, is captivating with interesting characters and without a doubt, an inventive narrative. Told from alternative points of view, it unfurls the story of Jack and his misadventures facing adversities and living on his own terms. The boundless possibilities combined with a rare opportunity to explore universal themes in this book are relatable in recent times. Be prepared to be amazed!
We also encourage our readers to reflect on Prime Minister, Tun Dr. Mahathir Mohamad’s post on his official Instagram page which reads:
“The first life value is hard work. If you are smart, but you don’t read, you won’t succeed, but if you are not so smart, but you work hard to chase knowledge, InsyaAllah, you will. That is why if we want to be a successful nation, our people must have these two life values – hard work and good knowledge of our fields. Expertise comes from hard work in chasing knowledge. That is all we ask from the young generation because we, the older generation, did not have that opportunity anymore. University students, especially student leaders, must nurture these values as it will bring success to our efforts to improve ourselves, our people and our country.
#MalaysiaMembaca”
Copyright: chedetofficial/Official Instagram page of Tun Dr. Mahathir Mohamad
The post #MalaysiaMembaca And World Book Day – When, Why and Where appeared first on Good News.